Meet the NYCHG Members: Kash Singh of Aerial Design and Build You might think Kash Singh and the team at Aerial Design & Build, one of New York’s best construction firms, had a lot of idle time in the last year, but you’d be wrong. Because restaurants were deemed essential, Singh and his partners remained […] 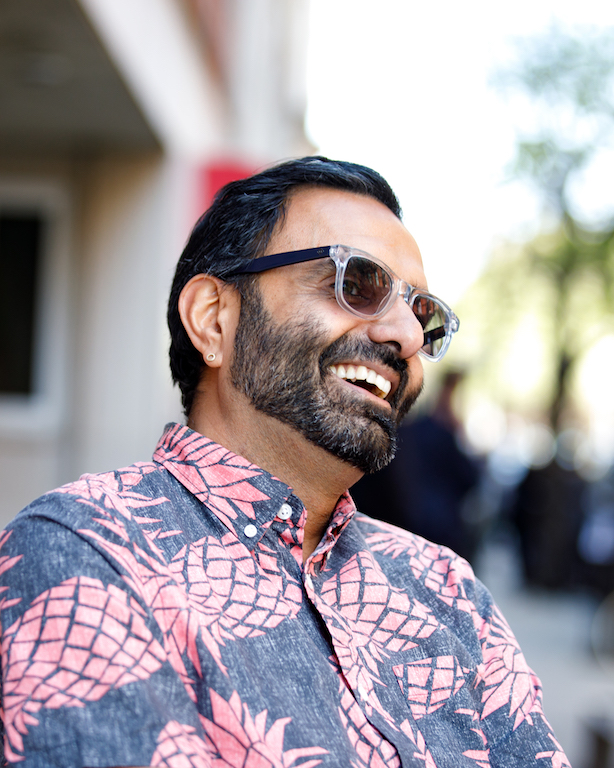 You might think Kash Singh and the team at Aerial Design & Build, one of New York’s best construction firms, had a lot of idle time in the last year, but you’d be wrong. Because restaurants were deemed essential, Singh and his partners remained busy, helping restaurateurs realize their dreams. A graduate of New York University who holds degrees in electrical and electronic engineering and a Masters in Management & Technology with a major in leadership, Singh encouraged his colleagues at Aerial to pursue restaurant construction projects in addition to their residential work — to great aplomb. The firm counts popular eateries Cosme, La Pecora Bianca, Make it Nice, and Union Square Hospitality Group among its many clients.

Question: What is your favorite New York City restaurant?

Kash Singh: I think right now, I’d probably have to say it would be Laut. I’m Malaysian, so that’s what I’m drawn to.

Q: Great pick. They serve some delicious and HOT stuff! How did you come to be involved in the hospitality industry?

KS: My wife is a co-owner of the company, and I think we were doing seventy percent residential and thirty percent hospitality. When I joined, I asked if we could do more hospitality. My background is in engineering and it’s easier to assimilate more toward the engineering aspect of all the restaurants we have to build.

Q: Was this driven by the fact that you’re a foodie or was this more driven from a business perspective?

KS: We didn’t want to be too dependent on the residential market. At that point, residential was kind of slowing down. And it usually does slow down before tax season. A lot of people, in the third quarter, don’t want to spend money on renovations. Then by the second quarter, they will start spending. It’s very cyclical. Of course, restaurants can be as well.

Q: What is the average timeframe for a build-out?

KS: I’ll break it into three categories. First, there are cafes, which is a four-hundred square foot space, like a coffee shop with seventeen tables. That should take no more than two months. If it’s a forty-seat restaurant, that could take three to four months. And then if you go bigger than that to, say, a seventy-five-seat restaurant, it could take six or eight months.

Q: We’ve all been reading about labor shortages across all industries as well as the rising cost of lumber. How does that impact a project?

KS: Operators need to reimagine the calculations they had because everything across the board has gone up. It’s not just lumber; it’s glass, aluminum, fuel. Everything has gone up! I just got off the phone with a person who does metal work and she told me three of her employees never came back to work. She’s understaffed and can’t take on the work they are getting. There’s volume coming in, but they cannot meet the demands.

Q: What part of a build-out excites you the most?

KS: What really excites me the most are when they have the friends and family preview, and you get to see the place buzzing and what the potential is. We did one restaurant in midtown Manhattan that was an abandoned piano store. When we walked in, there were broken pianos all over the place, and then to come from that to a future Michelin-starred place, that is satisfying.

Q: When you’re doing build-outs that include demolition, have you and your team ever uncovered anything interesting? And, if so, did it change the course of construction?

KS: Yes, we were doing Tacombi and we ripped out the sheetrock walls and there was plaster behind the walls that made it look like you were sitting in a very beachy-type restaurant in Mexico. And when they saw the plaster behind it, they said, “Oh, this is perfect! We want to incorporate that into our design!”

Also, old payphones. They’ll say, “Oh, we want to keep the payphones!” And I’m thinking, “Why?!” At Cosme, we were reinvigorating renovating their space during the pandemic, and I remember telling them, “Why do you keep these payphones? Take them out. Use the space for something else.” And they said, “No, no, no! The chef loves them. It’s an Instagram spot!” So this was a case of me not being in touch with the world of the influencer, but there’s value in these sorts of things and they become more of a PR and Instagram-type feature.

Q: You mentioned reinvigorating a space. Is that something your firm does?  Every few years an operator may wish to revisit things?

KS: It’s common, definitely. Restaurants in New York City usually do it in the summer prior to Labor Day because a lot of people leave town during the warmer months for vacations. The Tribeca area gets slow and we worked on a restaurant there that wanted some cosmetic work. We put in a raw bar. Some places will also take the time to add a new piece of equipment to their kitchen that they may not have needed before but they’re making changes to the menu and it’s essential.

Q: Are there any trends you’re seeing with new restaurant construction?

KS: One trend is that everybody wants to have a corner location. You can get great visibility, but it’s hard to come by and the rents are higher. Another trend is to have an open storefront where you can open the windows, open your door completely. There’s also a movement around using cement flooring. A full cement floor polished but keeping the cement look of it. It’s easy to maintain versus a tile floor. And exposed ductwork is still popular.

Q: Is there a project you and the Aerial team are particularly proud of?

KS: Every restaurant, really. We’re proud to have them opening, operating, making money — and making a profit. So much passion goes into opening a restaurant for owners and chefs. I’m always proud of them when they’re still running and earning profits five years down the road.

Q: Final question: Do you like to dine at a table or the bar?

KS: I would dine at a table but have drinks at the bar.

To find out how Kash and the team at Aerial Design & Build can help you with your restaurant construction needs, reach out at [email protected].